Saturday, the store was filled with women making the endless folder album. 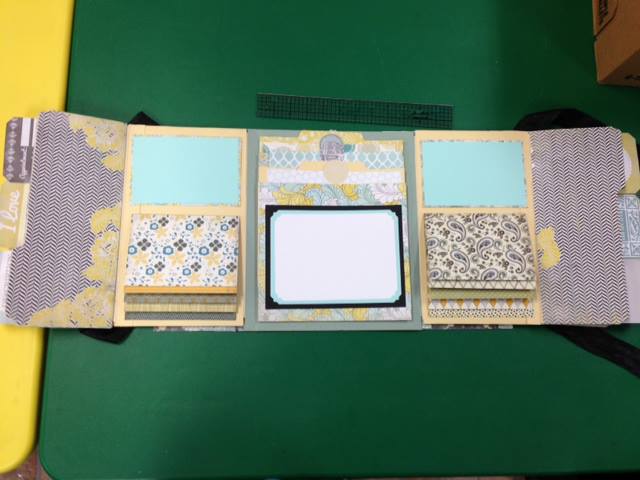 This is the album opened up and it has 4 mini albums inside.  It was inspired by an album created by Kathy Orta, aka Paper Phenomenon. 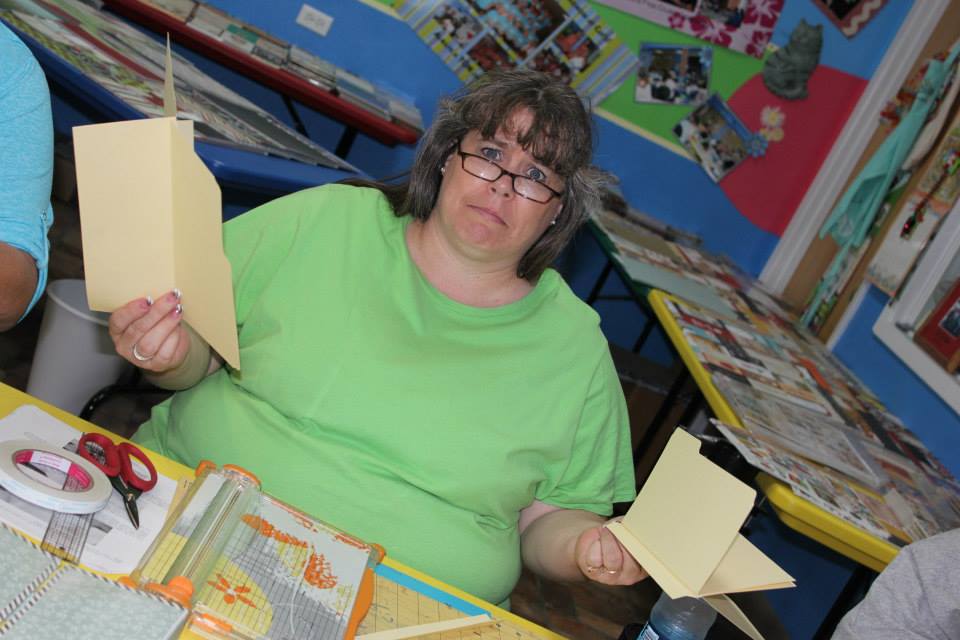 Even though it seemed like we were going to cut, score, fold, and glue everything at times, everyone persevered and made it through with smiles on their faces. 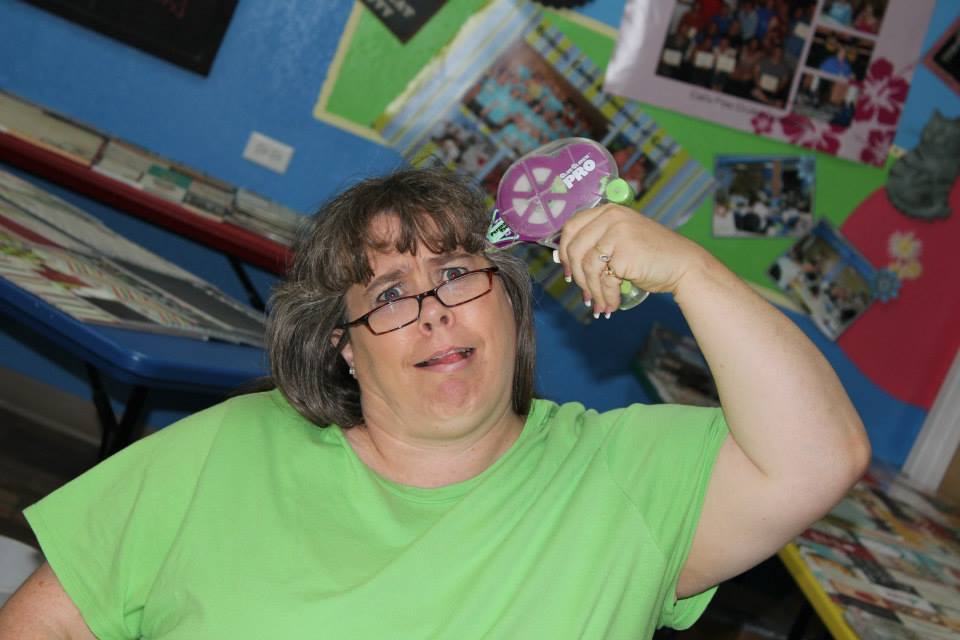 Vickie was concerned about the "embrace imperfection" part of the class, but she survived! 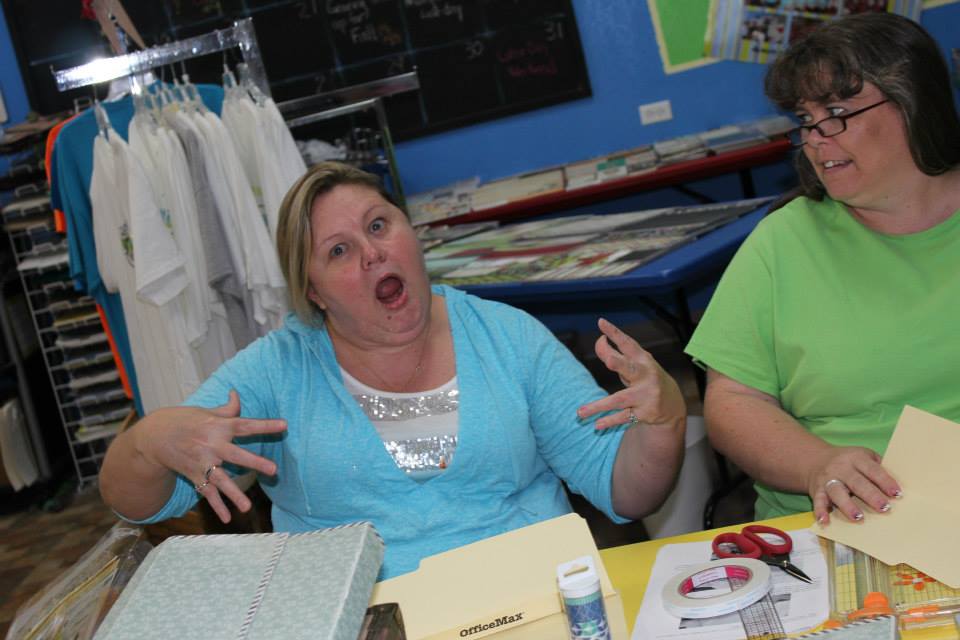 Joyce learned a lot and we helped her fall in love with her cutter again (it was missing a vital part and we fixed it for her). 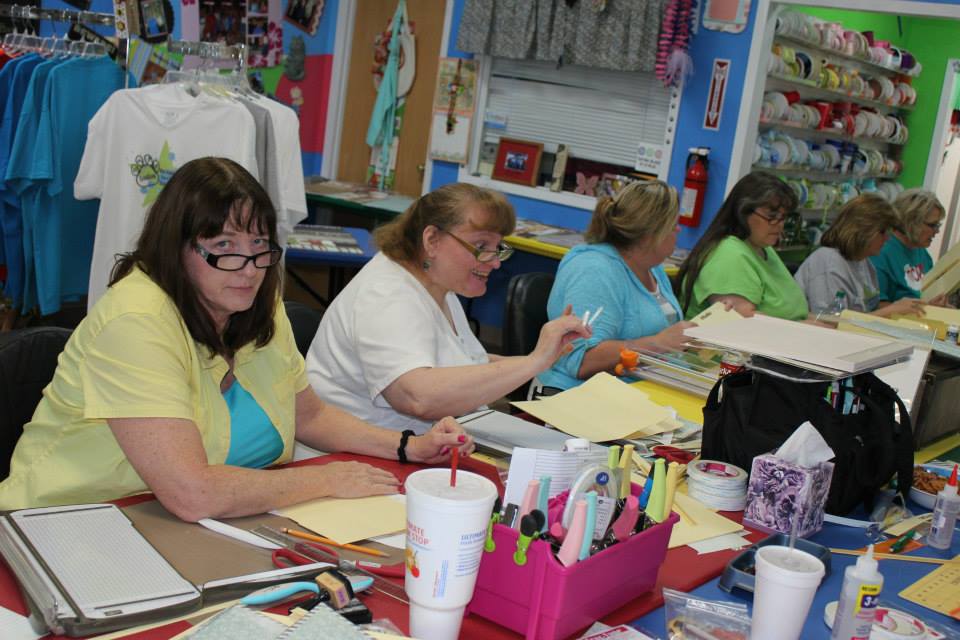 Sandy had her serious teacher look on and was ready to come to my rescue if the class got out of hand.  However, everyone behaved and she was able to just be the student this time. 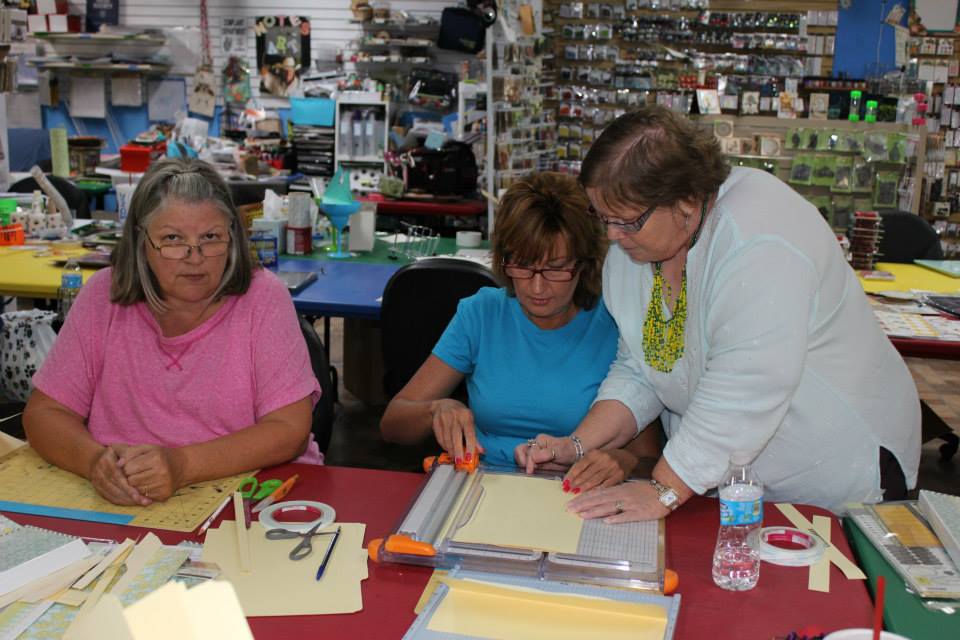 Several needed assistance with measuring eighths of inches on their cutters. 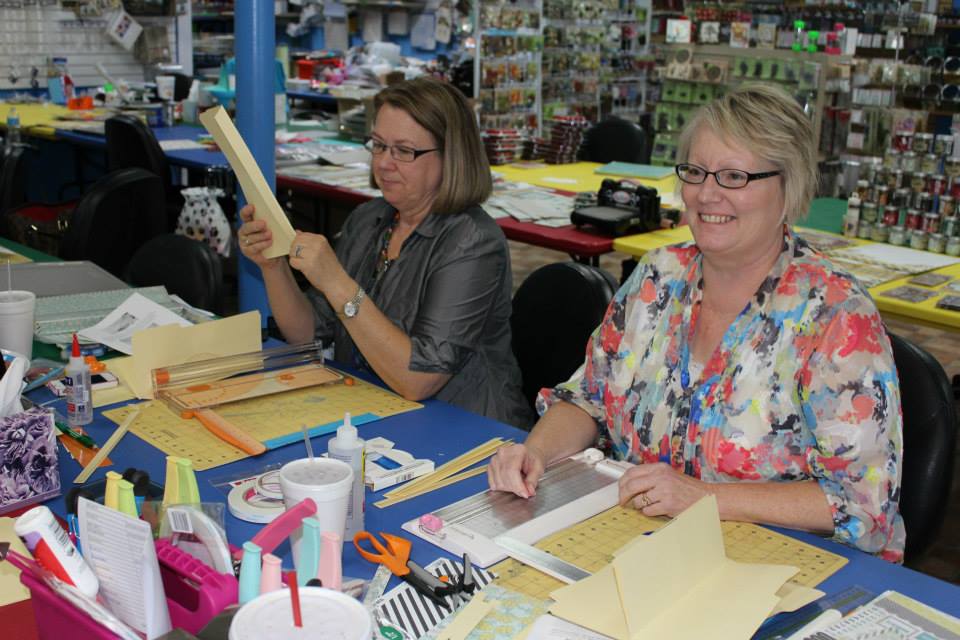 Malenda brought her friend Kathy (who is also an old friend of mine) to the class and they had a great time. 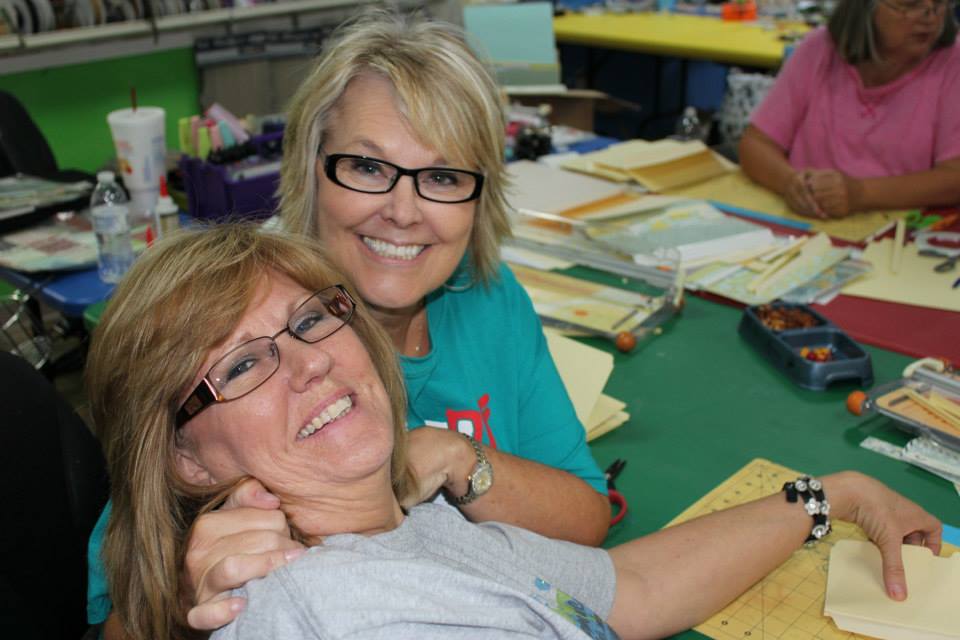 Ann and Carol even had time to clown around. 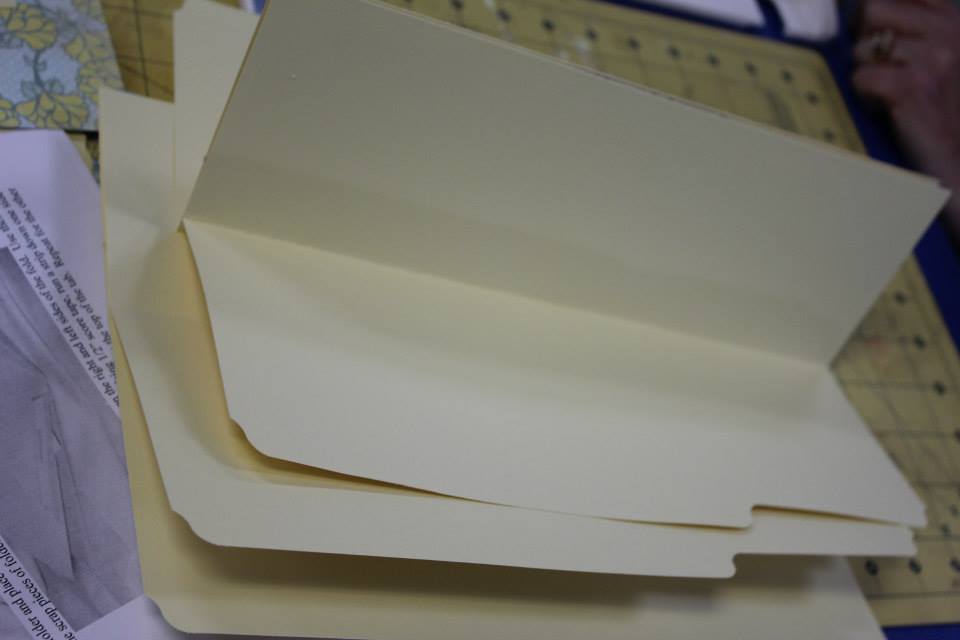 Everyone was so excited as their albums became more and more recognizable. 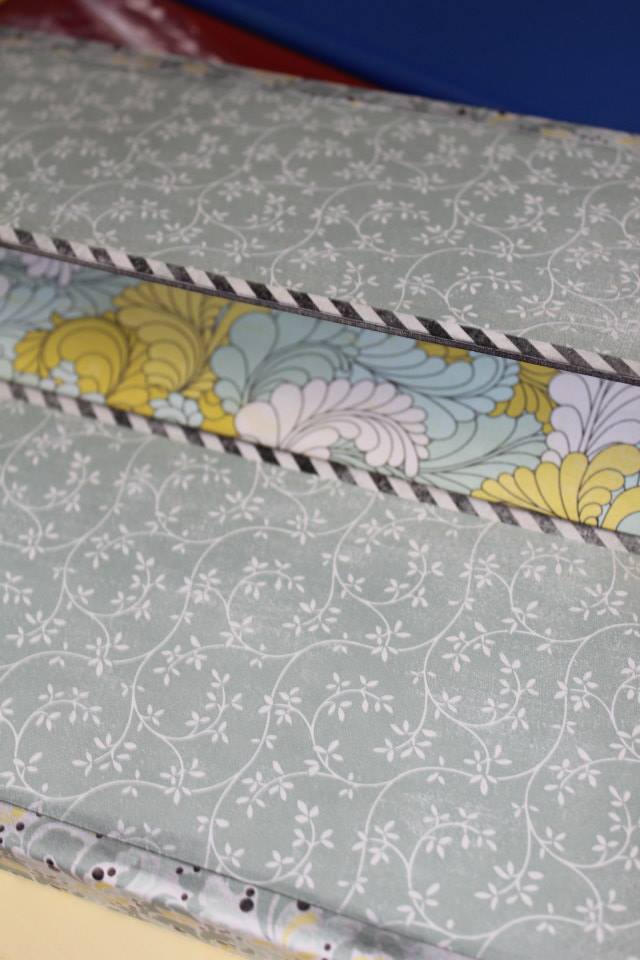 At the end of class, even though they weren't  COMPLETELY finished, everyone had learned the techniques needed to complete their albums on their own.  However, several said they might come visit on one of the Mondays when I'm working so they can have help if they need it.

Thank you everyone for making my first teaching experience a great one.
Posted by Unknown at 12:00 AM

I will now be doing retreats, monthly crops and special events with a crafty flair. We always have something going on each month.
Contact me via Facebook or email me at catbeaty@sbcglobal.net.

Promote Your Page Too