WE WILL BE CLOSED TODAY DUE TO THE ICY CONDITIONS.
CHECK HERE OR ON FACEBOOK TO SEE IF WE WILL BE
OPEN TOMORROW.

This was Cat and Ray's front drive last night at 9:00 pm
and sleet was still coming down.
It was the same way at our house and
at midnight it was STILL coming down!
Since it IS white outside, I thought I would share this version of
"The Night Before Christmas" that Denise Case shared with us on Facebook. 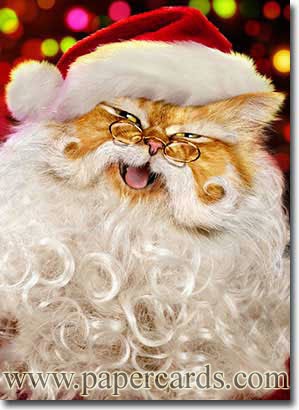 A SCRAPBOOKER'S TWAS THE NIGHT BEFORE CHRISTMAS

Twas the night before Christmas and I'm glued to the tree.
I'm wondering what Santa has brought just for me.
Could it be cardstock or chipboard or lace?
Or an Eclips, I said, with a smile on my face.
And that's when I heard him come jingling in.
I turned and said, "Oh Santa, where have you been?"
His replay was a wink and a jolly stern reply
"You know....good little girls should be in their beds by nine."
I giggle and said "I know I should Santa and now I've been caught,
but I was just so excited to see what you brought."
He reached in his bag and stopped mid way and said
"Well, let's take a look in this room where you play".
Upon the sight he shook his head quickly,
turned with a jerk and left quite quickly.
I heard him exclaim as he put it in gear.
"You've got enough stuff, I'll see you next year."

OK....Santa didn't ask US if we had enough and you know
Cat doesn't think you ever have ENOUGH.
So, give YOUR Santa your wish list or
hint around for a gift card.
We don't want YOU to be disappointed Christmas morning!
Posted by Unknown at 12:00 AM

Email ThisBlogThis!Share to TwitterShare to FacebookShare to Pinterest
Labels: SCRAPBOOK

I will now be doing retreats, monthly crops and special events with a crafty flair. We always have something going on each month.
Contact me via Facebook or email me at catbeaty@sbcglobal.net.

Promote Your Page Too